The prices of “commodity” polymers were affected by the following factors last week:

As expected, there was no increase in polyolen prices in Central Europe. Some Western European producers tried to raise the price of LDPE, citing the shutdown of SABIC's Wilton plant, but this was rejected by the market. Also, it is part of the picture that, in the meantime, LyondellBasell's plant in Aubette has restarted. Thus, there was no signicant change in supply compared to the previous month. Demand for PE FILM grades is now good, while supply is somewhat tight. There are few non-European imports in the market.

The roll-over lucky price scenario for November. A possible fall in prices, in parallel with the worsening of the epidemiological situation, could have triggered a fall in polymer prices by the end of the year. This, in turn, could have been followed by signicant price increases early next year, making polymer prices volatile. This has not happened and we can expect stable prices in December as well. Prices have been stable since the middle of this year, which is also good for companies that are now negotiating their 2021 contracts. Prices agreed for the rst quarter of 2021 are unlikely to change. This also means that we expect the at price curve with small changes to be typical until mid-February, early March. Maintaining stability is now in the common interest of both polymer producers and plastics converters. It is expected that weakening year-end demand will not cause panic among polymer producers and they will not drop their prices at the end of the year. Especially not because Asian demand looks good and compensates for any European demand that may be lost.

Styrene monomer (SM) contract prices rose by 58 EUR/t in November. The market expected less than this, but there seems to be a shortage of SM in the market. PS availability is also weak not only in Western but also in Central Europe. As a result, PS prices increased by 60-100 €/t, while ABS prices increased by 140-270 €/t.

In the first week of November, LDPE prices ranged from 860 to 960 EUR/t. They did not change compared to last week. Central European producers performed a roll-over, while Western European producers tried to increase prices by 10-40 €/t. An attempt to raise prices in Central Europe was unsuccessful. Most transactions were made in a price range of 880-920 €/t. The good news is that incoming Russian material did not break prices either, sales were in the middle of the price range, due to tight supply. The supply is somewhat tight, partly due to the shutdown of SABIC in Wilton. Partly because demand is good in Asian markets, even some Central European producers export to China. In November, we expect unchanged prices with tight supply and declining demand.

In the first week of November HDPE prices were in a range of 820-950 €/t in Central Europe. Both Western and Eastern European producers performed roll-over. The price range remains wide and is expected to remain so in November. Typical transaction prices ranged from 830 to 920 EUR/t last week amid weak demand.

In the NCE region, most transactions take place in a range of 830-900 EUR/t, close to the bottom of the price range. In the other parts of Central-Europe the typical price range is 850-920 €/t. The supply of lm grades is narrower than usual, but the demand is good.

In the first week of November, HDPE (100) prices ranged from 990 to 1,060 EUR/t, practically they did not change compared to October. For the time being, demand is still unusually good. Russian grades arriving in Poland also ran out quickly in the rst half of last week. All this happened despite the fact that November is traditionally a period of declining demand.

In the first week of November, LLDPE C4 prices were in a range of 860-950 EUR/t. Prices have risen by an additional € 20-40. Supply has shrunk, the dollar has weakened, this is behind price increases. The prices of the big cast lm producers are outside this range, rather closer to € 800. The market situation is rather uncertain, which is well illustrated by the fact that larger buyers rst received higher prices, and then traders started to reduce prices in the second half of the week. Optimizing stocks is now an important thing, so traders don’t even dare work with large stocks.

In the first week of November, mLLDPE (C6) prices were in the price range of 880-1,160 EUR/t. The price range has widened compared to October, thanks to the 10-20 €/t price increase. Demand is not bad yet. The packaging lm segment is doing well for the time being. Similar demand and unchanged prices can be expected in November.

In the first week of November, typical PPH Raffia prices ranged from 850 to 950 €/t, depending on the producer and grade. The cheapest prices were in the SCE region. The bottom of the price band rose slightly compared to October. Central European manufacturers made a roll-over, Western Europeans tried to raise prices by 10-20 € /t, which affected the upper value of the price range. It is expected that this price increase in Central Europe will not pass. Demand is not bad yet, but is expected to weaken by the end of November. Some large converters expect to receive special offers in the second half of the month. Nevertheless, a general decline in prices is unlikely.

In the first week of November the prices of non-special PPH IM grades with low and medium melt ow index were between 850-950 €/t last week in Central Europe. They have not changed compared to October. The price of products with a high melt ow index was in a range of 870-990 €/t, they did not change compared to October. We have measured the cheapest prices in Poland. Central European producers carried out a roll-over, Western Europeans carried out a price increase of 10-20 €/t. Uncertainty in the market is high, demand is sluggish for the time being, few transactions took place last week.

In the first week of November typical PPC prices were in a range of 940-1,040 €/t in Central-Europe. They did not change compared to the end of October. Polymer producers came up basically with roll-over. The cheapest prices were measured in Poland. The typical transaction price range was 970-1,010 €/t. Demand is low at the present. Most converters have stocks. Due to the uncertainty due to the epidemic, pre-purchase is not likely even at reduced prices.

PPR prices for the first week in November were in a range of 990-1,090 EUR/t last week. They have not changed compared to October. There was roll-over. Demand in November is weaker than in October for all applications. Due to the end of the construction season, the well-performing pipe segment also weakened.

EPS prices were in a range of 1,010-1,090 €/t last week. Prices increased signicantly, exceeding the price change in SM. Supply is tight, with some converters still unable to purchase their required quantities for November. In November, overall demand will decline, but supply has narrowed further for the time being.

In the first week of November, GPPS prices ranged from 1,000 to 1,100 EUR/t. Prices increased signicantly, exceeding the price change in SM. Demand was already good in October, especially for grades suitable for XPS production. But they also looked for highly transparent grades. Now availability has narrowed signicantly, with some producers already ordering an order stop. Due to good demand in Russia, there is no material coming from Niznekamsk either. We have to prepare for a very tight month in November. HIPS prices were in a range of 1,060-1,200 €/t. Prices increased signicantly, exceeding the price change in SM. Availability is tight especially from thermoforming grades. The Czech manufacturer is now unable to conrm orders either. There are few non-European imports in the market. All this means that purchases will constantly shift within the price range towards higher prices.

In the first week of November the natural ABS price range was 1,550-1,740 EUR/t. Prices have risen sharply due to supply shortages. The bottom of the price band is almost € 200, while the top is “only” 140- 150 EUR/t. The extreme is indicated by the fact that for some producers the price was € 1,350 at the beginning of October, but now they offer their products well above € 1,600. Demand would be good, but there is virtually no supply. The situation is not expected to resolve before the end of November. Purchases will gradually shift towards higher price bands. 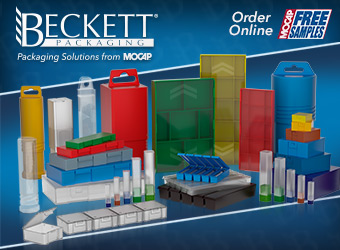 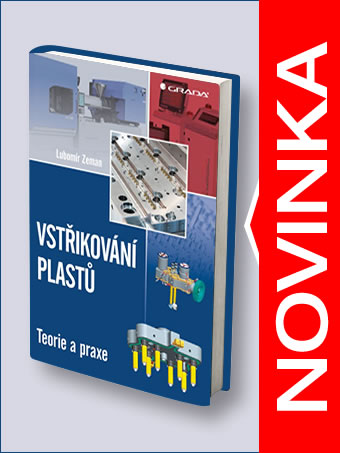